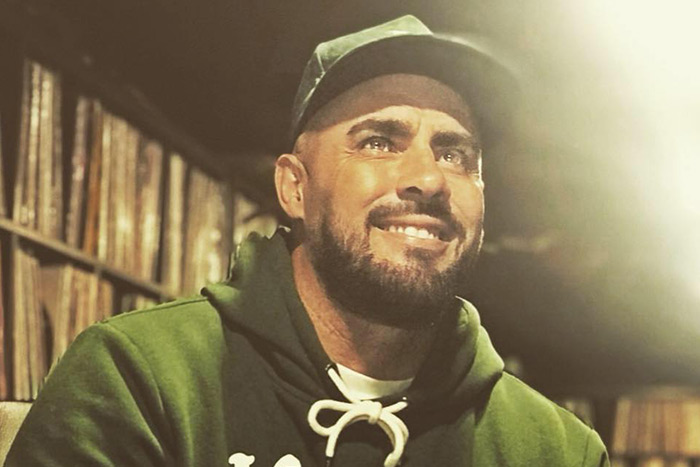 Real El Canario is one of the few DJs of our generation that has created school. Real’s technical skills and open minded selections have been an inspiration to a whole new generation of DJs. the man that we are talking about on this very moment is one that can truly say, I’ve added something to the craft!

Only in 2011 Tenerife’s Tornado has reached something that takes others half a decade; to position himself as one of the most exciting DJ/Producers in the international dance scene. His first releases on his own label Beat Dis got him on the playlists of David Guetta, Tiesto, Crookers, Chuckie, Fedde, Afrojack, Diplo and many others. Real teamed up with legendary Todd Terry, this collabo resulted in “Jackin 4 Beats” a NY/Dutch underground house filler! Quickly followed by his commercial debut single “International Style” These 2 releases got Real 2 times “Tune of the week” on Dance-tunes in a month! A #1 spot! Followed by a #8 on the ITunes charts, so far “International Style” has been released in over 15 countries and counting.

This Tenerife born & raised DJ started b-boying in the streets of his barrio in ‘84, and that b-boy mentality is one of the ingredients to Real’s success. Known for his frenetic / unpredictable DJ sets, El Canario arrived in Amsterdam in 2000 not even 6 months later the man was resident in every hot spot in town. From the underground hip hop scene to the dance parties, Real was everywhere! In a club scene full of boundaries and separations, Real’s “craziness” got everybody together. Bridging the Hip Hop public towards the more Dance orientated events and vice versa, and therefore, opening a whole new market, very few DJs in the world can claim this fact.

While being called “your favourite DJ’s favourite DJ” El Canario doesn’t seem to rest and continues re-inventing himself. His last surprise was the addition of an incredible performer to his DJ sets. Kubik, a funky Talkbox player who is currently making music with Real. This combination is unique, and again taking Real’s career to a higher level.

As all of this happened Remix requests kept coming in, from Stonebridge to Diplo! Real remixed Diplo’s new single “GO” and as it dropped, it immediately got play listed by all the big guys in the scene. With a busy schedule ahead and new releases in the coming months, it’s safe to say, things are looking really good for Real El Canario!